What would you expect from a beef massaged with Sakè, which drinks every day a large amount of beer? Ok, the myth is that they drink beer as party animals, but the reality is that beer is supplied especially during hot season to stimolate their appetite. Poor animals!:) Regarding the massaging it's done to relieve their stress and keep them calm ... I have always said that I should go to the SPA more often!!! I would come tastier as well :)
The result of all this attention is that the meat is extraordinarily tender, finely marbled, and full-flavored.
The less attractive part of all this topic is the price: to eat a fillet of 125 gr I spent more than 100 euro (to be precise the rate was 750 euro per kg). But it was worthed. 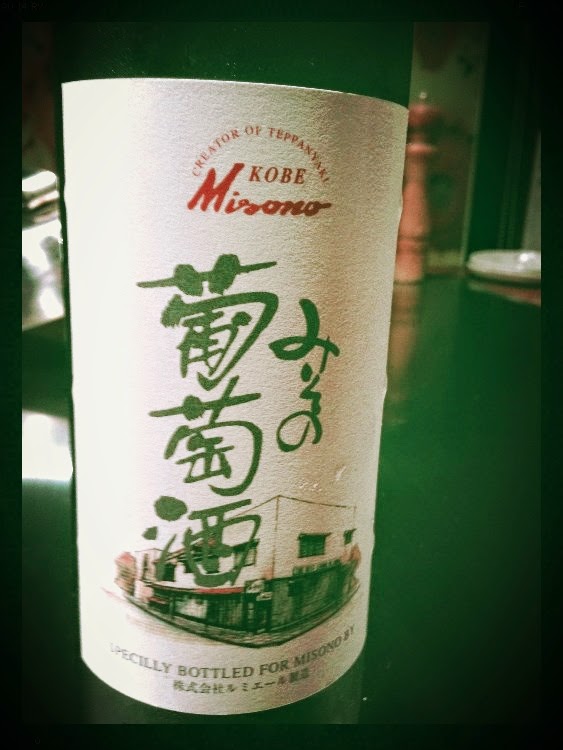 My advice is to pair it with a reasonable amount of beer. Being a little bit tipsy you will appreciate it more, forgetting the fortune you are spending :) Or, as we did, try a local wine:
I went to a restaurant in .apan called Misono, in Kyoto. Kyoto is a wonderful city, it's much more traditional than Tokyo. Amazing the two, from different perspectives.
Going back to Misono, If you read Trip Advisor reviews as usual you will find contradictory opinions. My evaluation to that restaurant is 4/5. Not less because the quality of the meat and the service were high-level as per my modest opinion. The chef cooked in front of us in the #Teppanyaki style (鉄板焼きfrom Japanese teppan (鉄板) = griddle, and yaki (焼き) = grilled), both the meat and the vegetables. I didn't like too much the fact that before grilling the meat he massaged it with some garlic. The meat is good enough and it doesn't need anything, being enriched by its own fat! Gnammy! 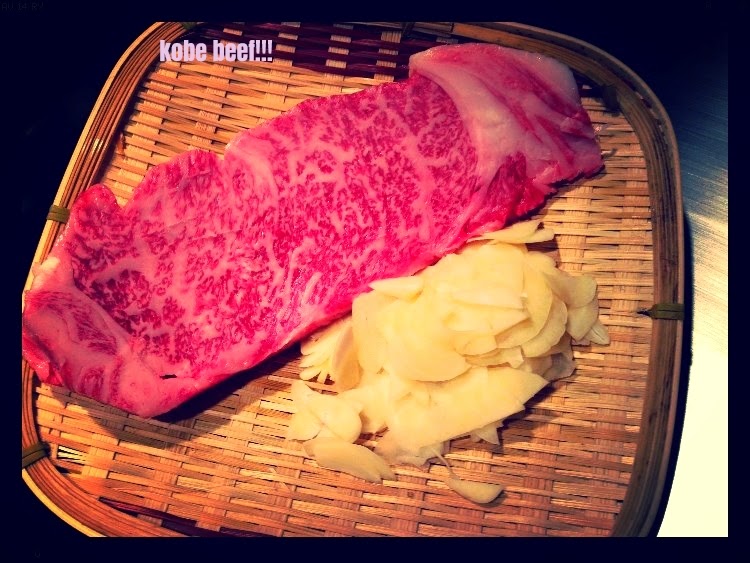 I didn't feel to evaluate it with 5 stars because the waiters were somehow "cold", not making any difference to our experience. But the Chef (see picture), was a great human being!
Not to feel alone we socialized anyway with some Spanish people sitting in our same table and sharing with us the same griddle (and also the experience, of course!). We had such a good night, which ended up with a magnum of Sakè. Served cold (Japan in August is extremely hot). At the end of the day Italian and Spanish Always get on well! 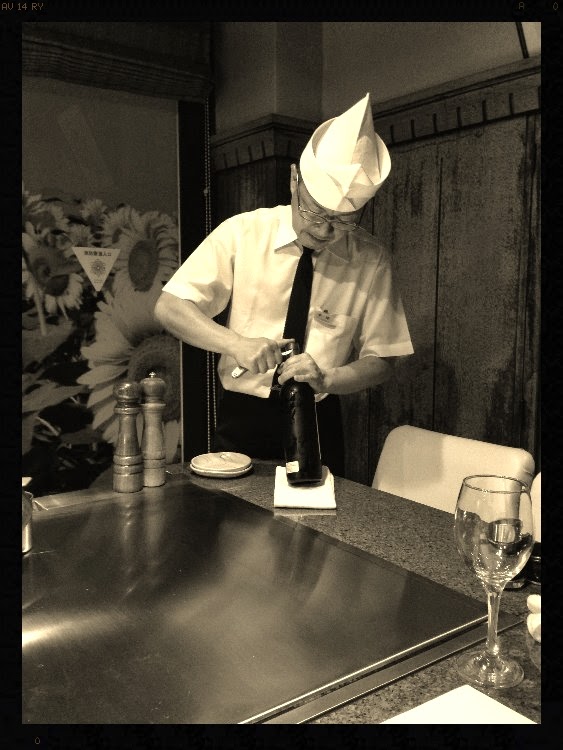 But is the Kobe meat raised exclusively in Japan? Because of the high cost and increasing demand, there are now some Kobe-style beef-cattle being raised in the U.S. using the same techniques.  I believe they do it well. But being a traditionalist I wanted to try it during my stay in Japan (in US I will leave some space for cheesburgers)!
If you want to read more about US Kobe beef and the controversy around this topic I found this interesting article on Forbes:
http://www.forbes.com/sites/larryolmsted/2014/01/07/the-new-truth-about-kobe-beef-2/.
Enoy! The article and life in general!
.
Pubblicato da Sommelier Mary a 11:37