Bartolo Mascarello: the last of the Mohicans!

I came through this wine during a spiritual tasting led by Sandro Sangiorgi.  I got impressed by it, because I liked it, very simple. I enjoyed it more than the other wines tasted during the evening. Sandro didn't spend too much words on it, I believe for one basic reason: Bartolo Mascarello IS the patriarch of Barolo, everybody should know him. He IS even if Bartolo passed away in 2005. The winery is now managed by the daughter Maria Teresa, the typical skinny woman who behind that minute figure conceals a very strong personality. 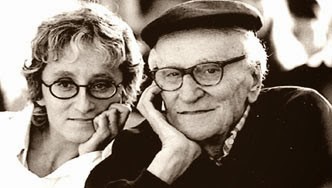 Before 2005 I was still too young and not so involved in the wine world to ring the doorbell at number 15 of Via Roma in Barolo village and meet Bartolo. If he was still alive I would take my car, drive to the Langhe and knocked that door to fulfill "a must" in winelover agendas. To listen, watch and learn about their Barolos, Barberas and Dolcettos.
Bartolo has always been a traditionalist, convinced of his theory of winemaking, against all alternative ideologies on Barolos. 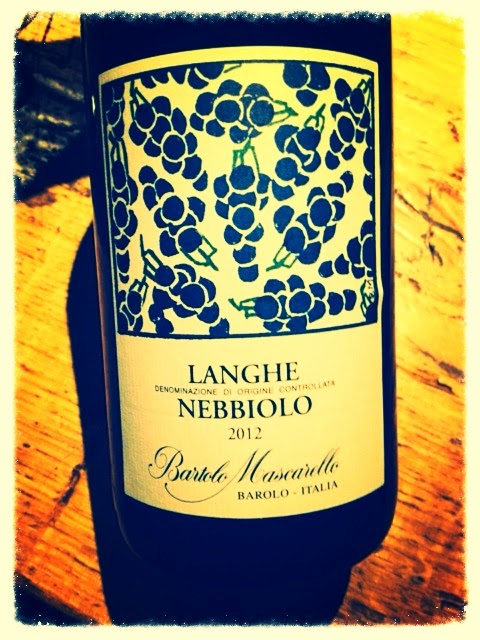 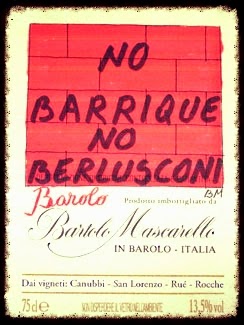 Long macerations and smoothing out in big oak botti, and not in barriques; preserving the Barolo tradition of assembling blends of the grapes from different vineyards in order to ensure a more harmonic wine. Why to preserve? Because in the late 1980's there has been a "revolution" against traditional Barolo in favor of a darker, more dense bottlings derived from aging in new barriques, with the subsequent feelings of vanilla quite strongly invading the wine. Bartolo began a long battle to defend classically crafted Barolos.  "I don't make wines with fantasy names. I don't make crus, I don't make wine in barriques, my wines don't have perfume of vanilla and Limousin oak. I'm the last of the Mohicans".
After spending his entire life in the vineyards,  in his later years due to illness and obliged to stay in his office Bartolo became a sort of artist, designing his own wine labels. His most famous one is the "No Barrique No Berlusconi", nowadays a real collectors’ piece.
During the 2001 elections a bottle was confiscated from a wine shop, for “displaying political propaganda in a not authorized place”.
By the way, if you look on the Internet be aware that they do not have a website and they do not promote themselves. They don't need it! They are simply perfect.