I had no clue about the controversy on Fulvio Bressan before they presented me his wines during a tasting. Expelled from Slow Wine due to his racist comments in Facebook against Cecile Kyenge, Italy’s Minister for Integration. 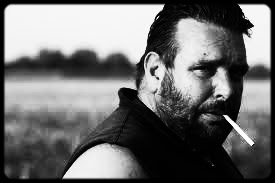 Difficult fellow. Direct, overheated, polemic. After the FB episod, his wines got  boycotted. A case of #web-reputation? Did he drink too much maybe ? His philosophy is "to hate moralists. In front of you they make the purist and criticize you. But then, they stab you in the back and make the most revolting things in the world". For sure he applied this philosophy (to be direct and not moralist), he shouted his thoughts in front of everybody (in the web) and he got punished. I don't have a clear position on that. I totally disagree of such a direct and offensive way of shouting furiously and with racism ideology. On the other side, I fully disagree on the boycott positions taken in the wine world and business. Especially after he excused himself. Especially because it looked quite evident that he did it in a naive way driven by his hot temperament.
That he was a rebel personality was quite clear. That he got easily overheated too. So I see as an outsider too strong the positions taken against him and his wines. Like a sort of "moralist" attitude to take advantage of someone else mistakes, an excess of righteousness? Maybe. 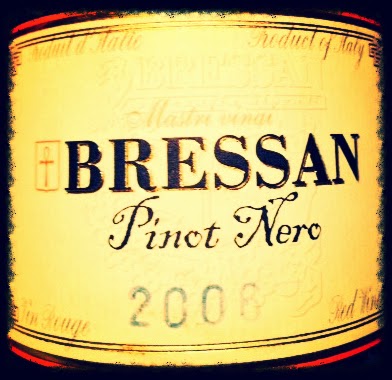 Anyway, I tasted his wines before knowing all this story, so my judgement was 100% naive  & still is impartial 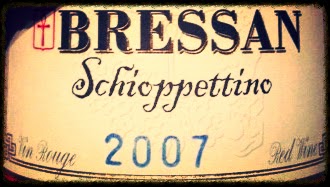 The Schioppettino or #ribolla nera was spicy and full of wild aromas, quite complex. Moss, wood, mulberry. I liked it. 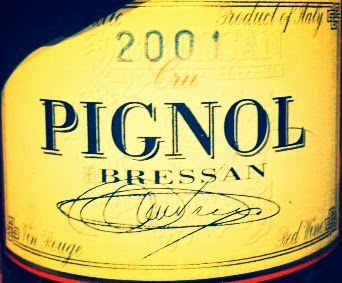 His pinot noir is atypical. White pepper and vanilla. Ripe fruit. It reminds to his other wines I tasted, despite the non-autoctonous grape variety. I liked it too.

From a rare and noble grape  the Pignol 2001 has a great potential. Served after oxygenation. woodlands undergrowth as well as with aromatic herbs.  Honestly, I found it amazing.
Pubblicato da Sommelier Mary a 14:29