I had the chance to attend some wines classes held by Sandro Sangiorgi, a guru in the field. Director of the Porthos magazine, sommelier, wine writer and expert, supporter of natural wines, the only ones who deserve to exist. 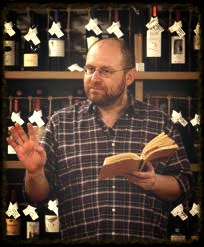 I entered the class and I had the feeling he was a little bit presumptuous. I changed my mind. Ok, he likes provocations, especially if directed to women (I guess he has a weakness for beautiful women ;-)). But he is definitely an open-minded character, he loves to listen to the "naive" opinions of people who do not know as much as him about wines and are not affected by external influences like whoever is in the field. And he genuinely loves PIZZA and often use it in his "wine-food" pairing quotes!
He started the lesson with the extract of a poetry, called  the "Cipolla"/ the "Onion". I guess the message is that the wine has different substratum and that you need to discover them one by one to understand its essence. But that is just my personal interpretation.
We tasted 7 different wines. I enjoyed the first part when we were served exactly the same wine, the same grape but coming from different parcels, the only difference from the fact that one started to be grown byodinamically in a second stage. 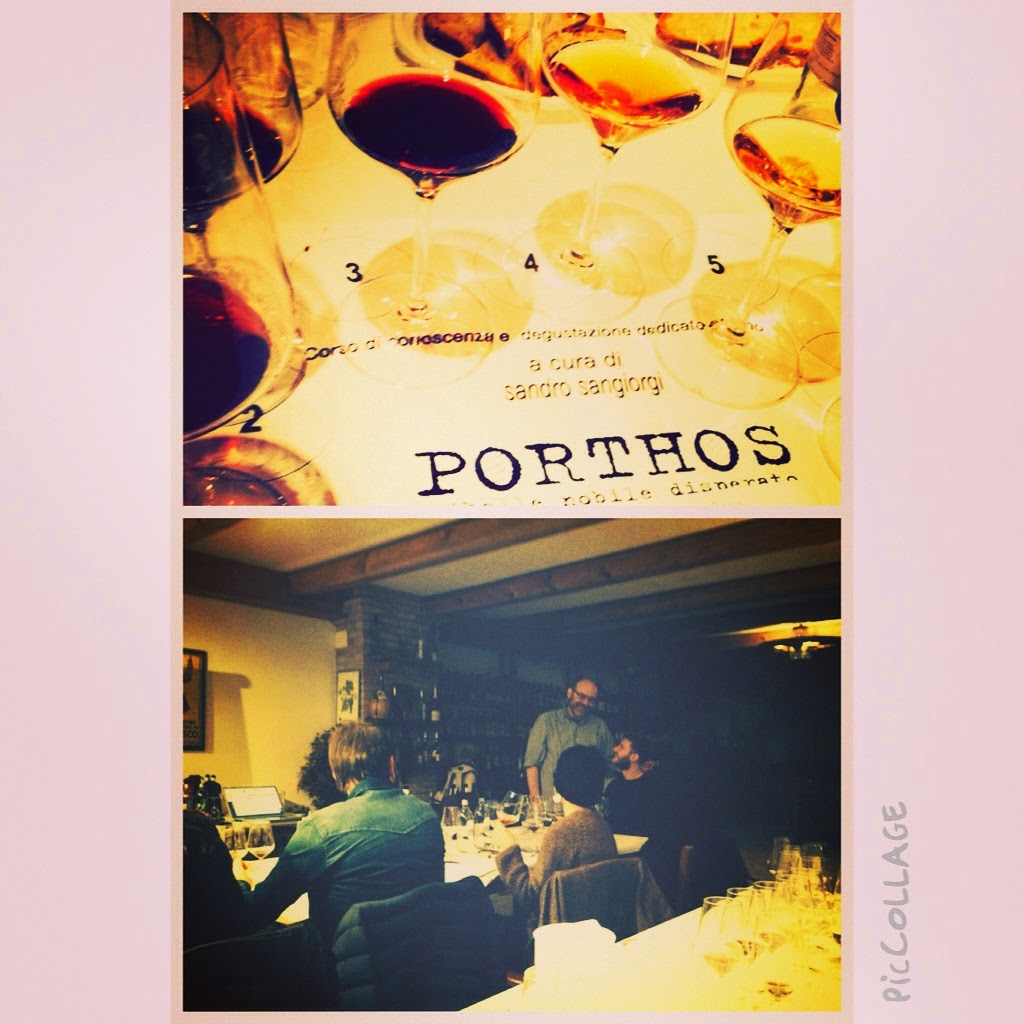 In Sandro classes you taste natural wines basically. Because for him the only wine is the natural one, with no exception. It has a strong identity, able to overstep the boundaries of its territory. And to be natural it's not enough the lack of use of sulphites (SO2). Long maceration is not a sign that a wine is natural either, nor the fact that it  tends to the orange color. It's a multitude of factors that need to be combined. In conventional wines "universality" fades.
A real natural wine producer cannot have a unique commercial objective but it needs firstly to be a custodian of its land. He has a big responsibility towards the community, because wine is a form of cultural and spiritual nourishment, before everything else. Nothing to deal with nutrition. Just "if and when" we speak about natural wines. And, I stress it again, natural doesn't mean only lack of sulphites.
I loved when he defined the knowledge of wine as a journey inside ourselves. And it comes with experience. I totally agree. Day after day. We do not need to rush. We will learn by discovering places, meeting men and women who hoe the ground. Discover unsual beauties. Choose the wine because we love it and not to show it to friends. 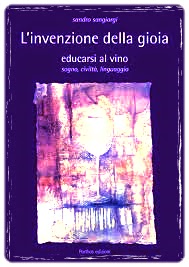 If you seriously want to know something about wine because you have a passion, I recommend to read his book: "L'invenzione della Gioia"  ("The invention of joy").  No other title could be better spot-on!

To conclude my post I want to write about an episode who touched Sandro, which is one of the first arguments you find on the web when you Google his name. That's why I wanted to start my article with a different and more enthusiastic topic. 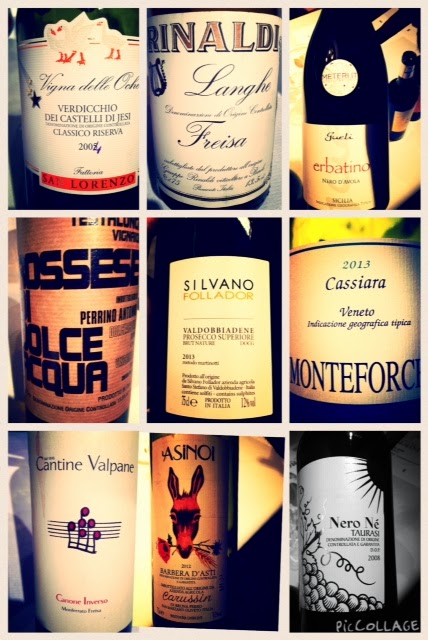 People in the field know actually Sandro also for a story behind the scene, who involved him and the Porthos edition, being arraigned both from Gambero Rosso Holding and Slow Food edition. Accused of defamation, Sandro & Porthos won the case in the 2nd stage of the legal process. Responsible from 1993 until 1999 of the tastings and reviews for the "Vini d'Italia" guide (at that time co-edition between the Gambero Rosso and Slow food), it happened that Sandro left his role suddenly.
During a session of the TV program Report focused on wines ("In Vino Veritas" special edition), Sangiorgi revealed the truth about his leaving, declaring the pression received from the two organizations in order to favour in his reviews some wineries who stongly invested in advertisment, to the detriment of others . Specifically he signaled the publication of a review he never made on a wine company he thought was not deserving it. This declaration provoked the Gambero Rosso and Slow Food edition reaction and the consequences I wrote abut before.
I let yourself express your own opinion.

I thank instead Sangiorgi for the beautiful classes and for the great wines I had the chance to taste. Cheers!